Nothing irks news junkies more than a story — or heaven forbid, a headline — with a typo, a misspelling or a wrong name. Of all the journalists in a news operation, the last line of defense against such potentially embarrassing mistakes is the copy editor, a gifted wordsmith who reads for a living and who is an expert in but one subject — their local community. They do their jobs without fanfare and almost always anonymously, and under the tightest deadlines you can imagine.

At The Indianapolis Star, Gannett has thinned the ranks of local copy editors in recent years, making it harder to keep such irksome mistakes out of the newspaper and away from its website. Now, though, Gannett wants to eliminate copy editing in Indianapolis altogether.

The Guild knows this is a bad idea. We’ve pushed back against it for years. We’ve been saying it during contract negotiations in the past few weeks. But Gannett is more determined than ever, demanding agreement on a proposal to eliminate the seven remaining Indianapolis copy editors. Gannett wants to shift their important work to people at a hub in Kentucky where copy editors with little knowledge of Indiana will try to make time to edit stories from the Star while also juggling the same duties for a handful of other Gannett newspapers in other states.

Gannett has told the Guild that if we don’t agree to their demand by Nov. 30, it will lay off five more Star journalists — and still move ahead with plans to outsource the copy editors.

Will you support our cause? Will you support good local journalism? Share this post with others. Tell Star management what you think of their plan and their negotiating tactics. Share the image below because what’s not to love about people who make things better without seeking glory for doing the job right? 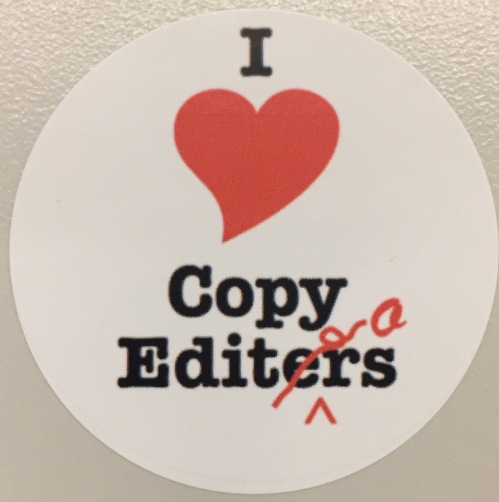 3 responses to “The Endangered Copy Editor”